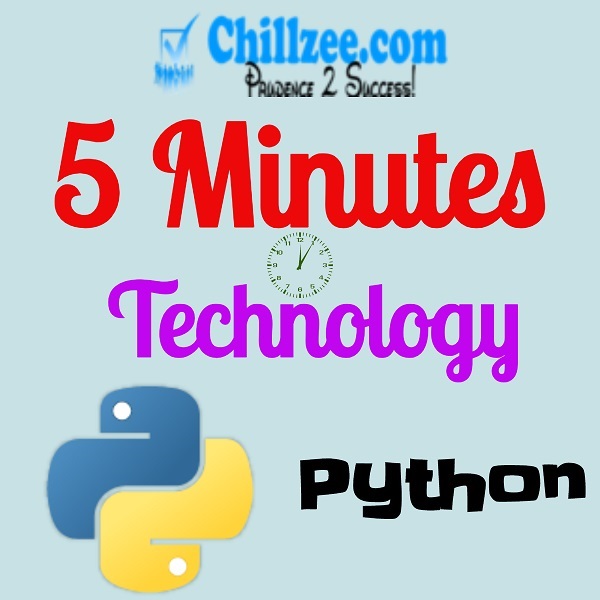 Python is a very easy to learn, high-level, interpreted, and dynamic programming language.

Easy to learn – Because the syntax is very simple and a lot of functionality can be achieved with few lines of code.

High level language – Some programming languages are considered high-level because they are very closer to human languages rather than machine understandable assembly languages.

C is one of the popular examples for high level language.

Dynamic language – A programming language is dynamic when there is no need to declare variable with specific type.

Python can identify the datatype automatically based on the value assigned.

Python is very simple but very powerful. It can be used as a programming language for a simple website back-end as well as complex artificial intelligence systems.

Watch it in You tube

For Windows and Mac systems, visit www.python.org, to download the installer.

You can also refer to https://wiki.python.org/moin/BeginnersGuide/Download for more information on downloading and installing Python.

There are quite a few IDEs available for Python coding.

We will be using PyCharm in this series but you can use any IDE of your preference.

You can also run the Python code scripts directly from command prompt or terminal.

Once you have installed Python in your computer, open your IDE or command prompt / terminal and write your first Python code

If you get the output as

You are all set. Welcome to Python World!