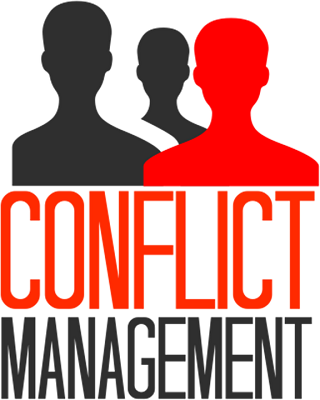 Conflict management is a part and parcel of a manager’s work profile.

As an effective manager it is important to know how to see when it’s coming and deal with it in an amicable way.

Conflict may be defined as friction between individuals due to differences of opinions, ideas, beliefs, values, needs or objectives.

Employees and their managers

Large groups of employees and management

What are the symptoms of Conflict?

Though you can’t stop conflicts altogether, you can look for symptoms that tell you what is brewing up.

Here’s the list of some of the commonly seen symptoms amongst team members or employees:

So, what causes these conflicts?

There are many reasons for this.

Some of the frequent causes are listed here:

So what triggers the conflicts?

Here’s the list of common contributors to conflict in a team.

It is not just the environment, even certain people’s behavior as listed below can lead to conflicts.

How to respond to Conflict?

So you have a conflict in your team or start-up. How do you deal with it?

There are four different styles of responses to conflicts.

You react to the conflict in a challenging way.

“Two heads are better than one”

You turn your back on what’s going on.

“I’ll think about it tomorrow”

You are not sure how to react.

“I’ll think about it tomorrow”

You approach the problem in a calm and rational way with a planned approach.

“It would be my pleasure”

Each style has its own advantages and disadvantages.

As a manager you need to assess your problem scenario and adapt to the style that suits your situation the best.